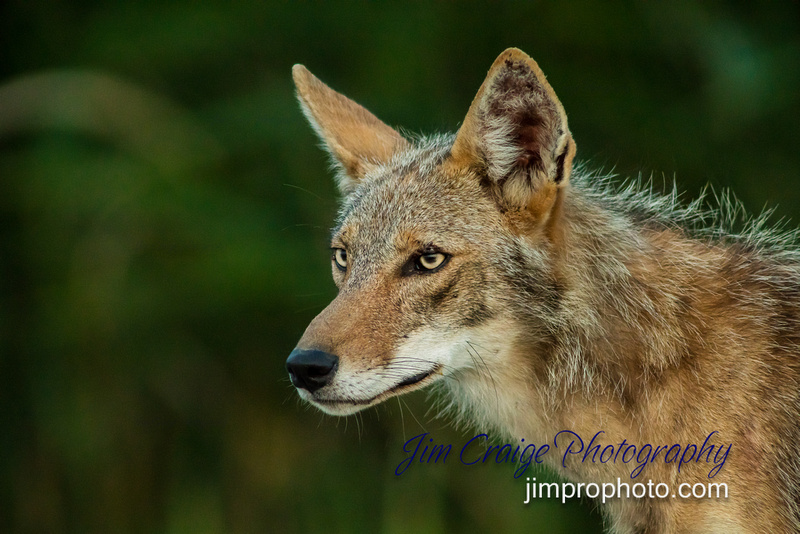 It was after sunset and I had taken my final shots for the day.  I had hiked with my Nikon 500mm and D810, a tripod, and a couple of other lenses a few miles in to the Back Bay National Wildlife Preserve near Sandbridge, VA.  This is just north of the North Carolina Outer Banks, which I have been to a number of times.  So I was hoping to find some birds and wildlife to photograph as the sun set.  I did find flock of white Great Egrets and spent some time photographing them, getting shots I was really happy with.  I decided to make my way back as the sun set and look for some opportunities for the sunset shots as I walked along.

Great Egret in Back Bay A Great Egret catches its dinner in Back Bay Nature Preserve near Sandbridge, VA. Photo by Jim Craige Photography www.jimprophoto.com

I enjoyed the hike out and it was a peaceful and quiet way to end the day.  Some fighter jets flew overhead, and I thought it would have been fun to photograph them, but the light had faded to the point that I felt it was too dark to capture the fast moving planes.  Then I saw some movement ahead on the trail.  I suspected it was a fox but it was too big. It was a coyote, and I don't get to see them often.  I watched it nose around the grass as I quietly pulled my camera back out of the bag and set it up.  I had a tripod for the sunset and although it did not have the normal Gimbal head I use for the long lens, I figured it would have to do the job of holding the lens steady.  It was way too dark for wildlife photos using the standard rules that many follow:

Rule 1- The telephoto lens- shutter speed rule.  Many photographers know the rule of telephoto lens use is to avoid a shutter speed that is slower than the lens length.  So a 500mm lens should use a shutter speed of 1/500th second or faster.  A slower shutter speed will result in a blurry image because the subject moves, the camera moves, or both.  In addition, the movement of the shutter resonates from the body down the lens causing the lens to vibrate during the exposure.

Rule 2- The higher the ISO the more noise in the photo, which results in poor quality images.

But the coyote was still there, even sticking around as some bike riders approached, and then passed it.  It was time to break the rules.

Because I had a tripod, and the coyote was remaining relatively still, I took a chance on the shutter speed and reduced all the way down to 1/125th second.  Many portraits are taken at this speed, so if the coyote remained still and I was able to keep the camera still I might get away with it.  I used my arm across the top of the lens and braced it to my forehead to dampen some of the shutter flap that will resonate through the long lens.  But the shots were still too dark.  Then I tossed the second rule and went to ISO 3200.  I was able to get quite a few frames in at that speed before it moved off to the other side of a pond.

When I got back and began post processing I discovered that I had some relatively clear shots.  Of the fifty frames I took of the coyote, only a couple had the right composition, exposure, and sharpness.  I put them into Adobe Lightroom and worked on basic exposure, color, saturation, and hue. Even with the high ISO and low shutter speed they were still under exposed and I pushed the raw files over 1.5 stops of exposure.  I used Lightroom noise reduction and sharpening aggressively.  The result was a photo that shows good detail and exposure.

The rules are not really hard and fast, but in my discussions with photographers both new and experienced I have noticed a reluctance to stray far from the two rules I disregarded to get these photos.  The telephoto and ISO rules have good standing under normal lighting circumstances and beginners do well by starting with them.  There are also times when it is good to just enjoy the view and take the photos another day.  But when presented with an extraordinary opportunity in less ideal conditions the rules have to be broken to make the camera do what you need it to do to get the shot.  If I had played it safe, or just left the camera in the bag, I would still have enjoyed the beauty of nature.  But now I have an image to remember it by, I got the shot.  Go get yours. 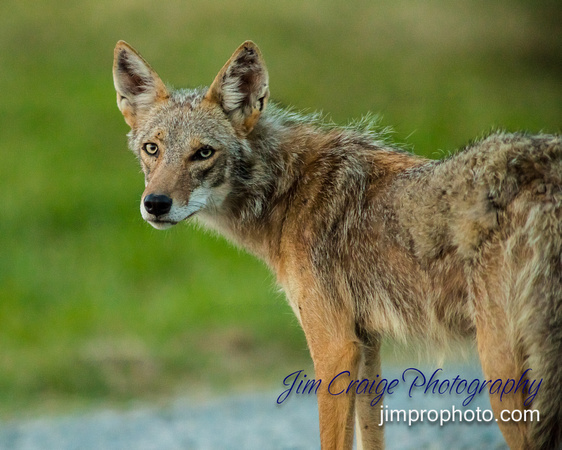 Last Look Back Before LeavingThe coyote glances over its shoudler before heading off into the evening. Photo by Jim Craige Photography www.jimprophoto.com