Fall is a great time to get family portraits.  The colors pop and bring that special life to the photos.  Ben and Kari wanted to get some photos before their second child was born, so we met up for an afternoon at a local park.  A large maple tree provided some diffused light and spectacular colors for us to work in and around.  We timed it for the latter part of October when the leaves are at their peak, and we were not disappointed.

I set up two strobe flashes on wireless triggers with softboxes.  I set the power on them at 1/4 and just pointed them in the general direction of the subjects, moving them around a bit as we changed our setting. 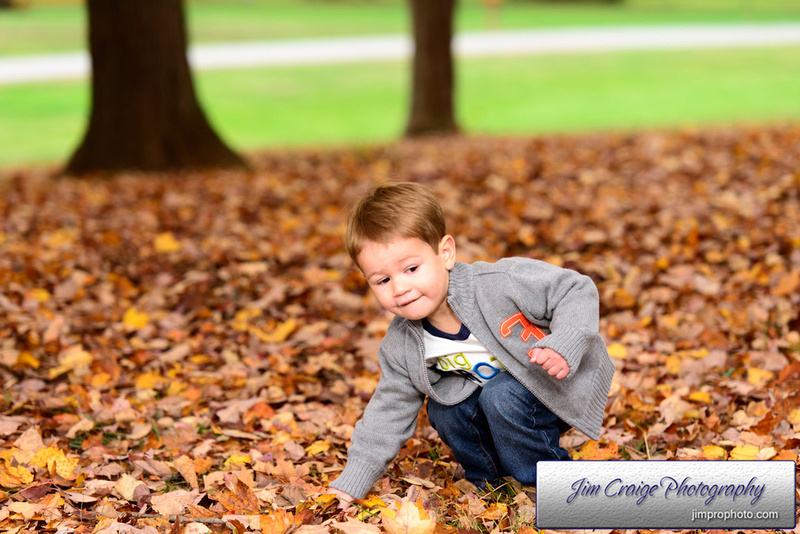 We started with their son, so he could warm up and play around a little before having to sit still. 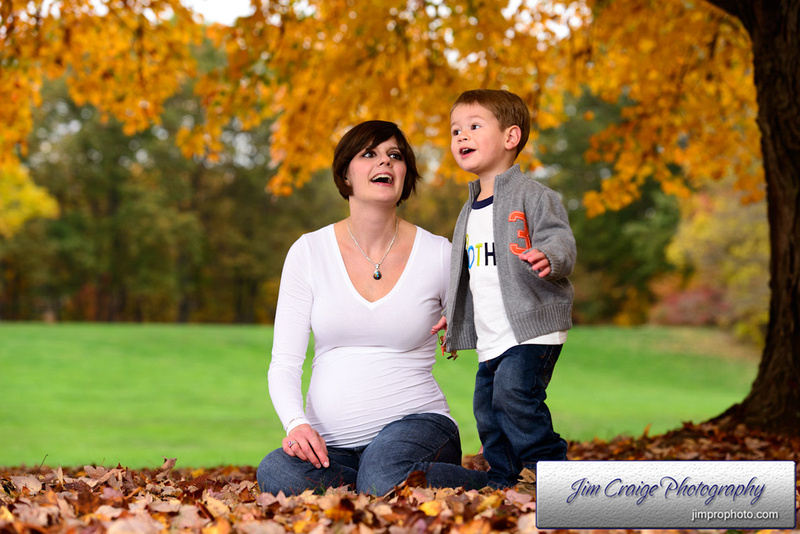 Then we did some shots with each of the parents.  Here he is with Kari.  He was a good boy and played along well! 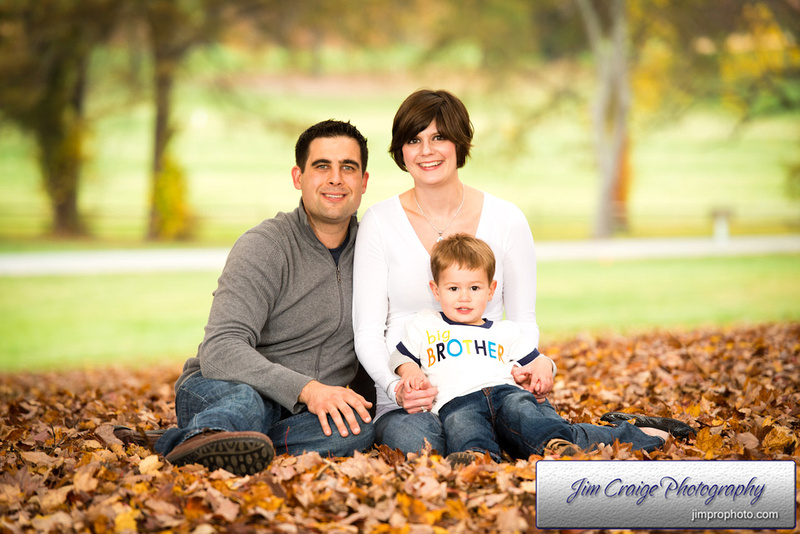 We brought the whole family together and captured some great images. 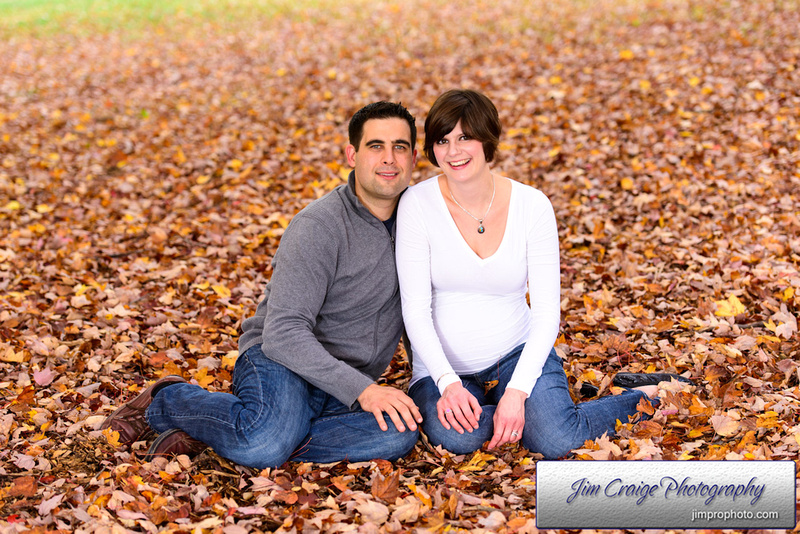 We took all these photos from one location, which saved setup and breakdown time.  In some earlier shots I was taking the photo from a position close to the ground so I captured more of the trees in the background.  In this shot I stood tall and shot at a downward angle so that the leaves on the ground filled the frame.

As we shifted positions I moved the strobes.  But it was not necessary to push them around too much, they did their job well filling in the subjects.  I kept one flash aimed low and the other high so that I was sure to light them fully whether they were sitting or standing. 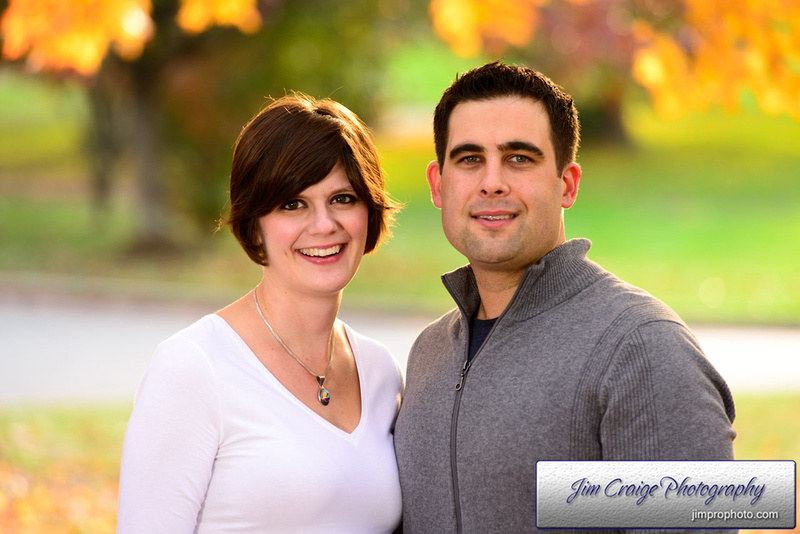 It had been cloudy for most of our afternoon, but the sun peeked through for a few moments, and I was able to use some of that nice golden lighting to enhance some portraits of Ben and Kari.

There are always opportunites to include the natural beauty of the landscape in portraits no matter the season.  To make an appointment for your family photos, contact me - [email protected]