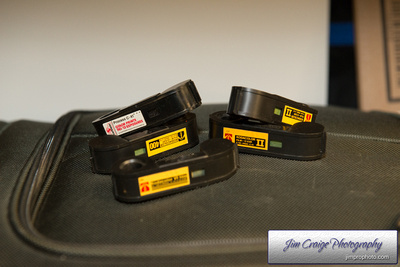 How old must an object be to obtain the status of "antique"?

I sent off my color 110 film for processing at Dwayne's Photo.  These rolls of film had been sitting in a coffee can (there I go again, remember when coffee came in a metal can?) since the photos were taken.  Back then the expense was in the film and developing, not the camera itself.  So getting photos developed was a budget driven process, sometimes you put it off until you could afford to get a bunch done. Waiting over 25 years was a bit much though!

I was very excited to see the package arrive from Dwayne's Photo.  It had substantial heft to it so at least I knew there would be photos inside and not just a statement that there were no recoverable images.  I tore open the package and started checking out the photos.  Each roll of film was processed and the prints placed in separate envelopes which added to the excitment of opening the photos. 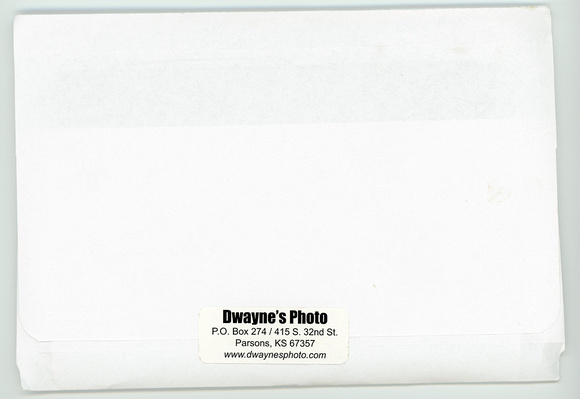 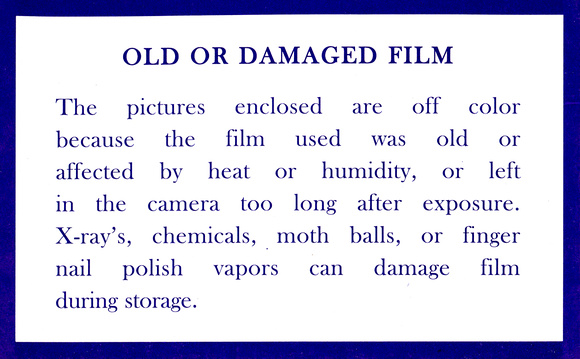 Each envelope also contained an "old or damaged film" disclaimer.  I knew chances were slim that there would be anything worthwhile recovered.

So of the five rolls of film sent off I ended up with about fifty mostly blank photos. However when looking closely at these I could make out faint images of what the subjects were.  The prints were also bundled with the original 110 negatives, so I tried scanning those with my Epson V600 in color negative mode.  I don't have a holder for that size of negatives.  They were bowed on the glass and the resulting images were even more unusable.  I have a good deal of experience with print restoration, so I started scanning some of the prints.  This worked much better for the short term- I still have the negatives if I wanted to put some glass on them and really work it out.  But keep in mind that the camera used was plastic, with a plastic lens.  The quality of image is flawed to begin with.  I am satsified with the print scanning, and have been able to clean up and enhance some of the photos in Lightroom.  On with the results!

This first example is what most of the photos turned out looking like- as if mud were smeared on the camera and that is all you see.  Using Lightroom I was able to clean it up a little and get some detail out of the photo.  The original is on the left, and the cleaned up version on the right. 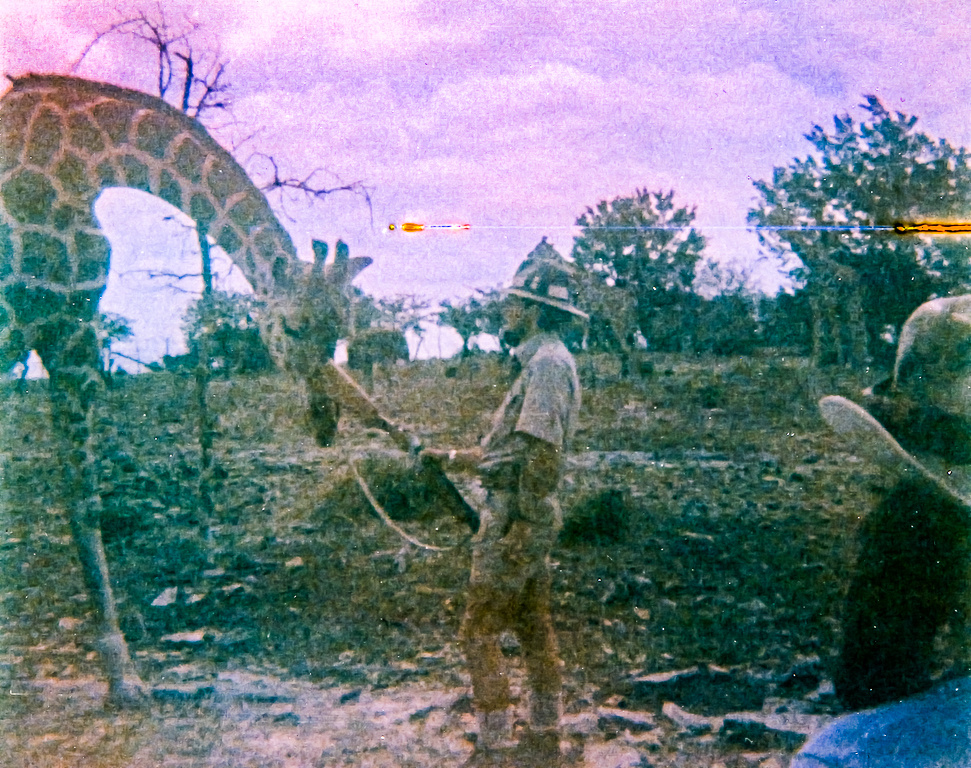 Not sure he knows which end the round comes out of.  And why is he carrying that anyway?  It must have been a scary place on the preserve in the 1970s.  Below is a group of girls checking out a baby deer. 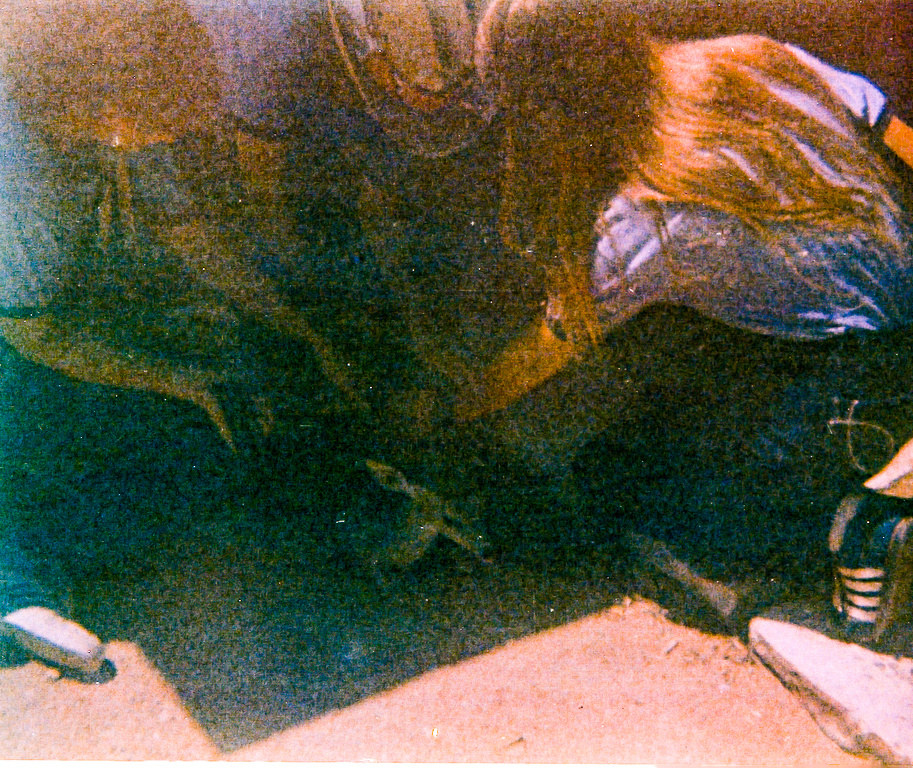 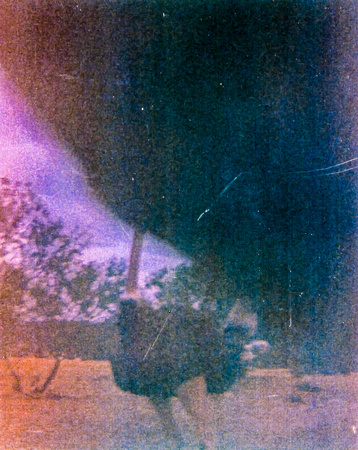 Of course nothing can save a photo when you put your finger in front of the lens!  The old cameras  had a plastic "viewfinder" that you looked through, and the actual camera lens was offset.  It was really easy to block the lens used to expose the film because you did not see the error when taking the photo.

Then I discovered a group of photos with relatively good exposure.  I could make out the Governors Mansion from Williamsburg- This must have been a class trip or a scout trip there.  Here are a few photos from that group. 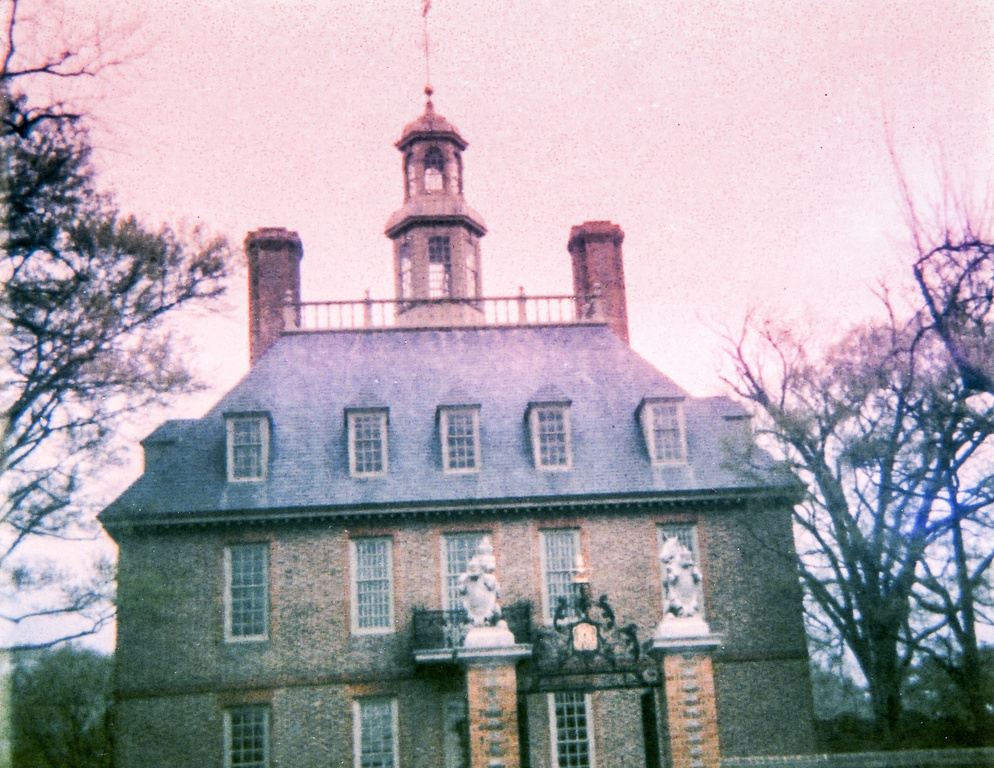 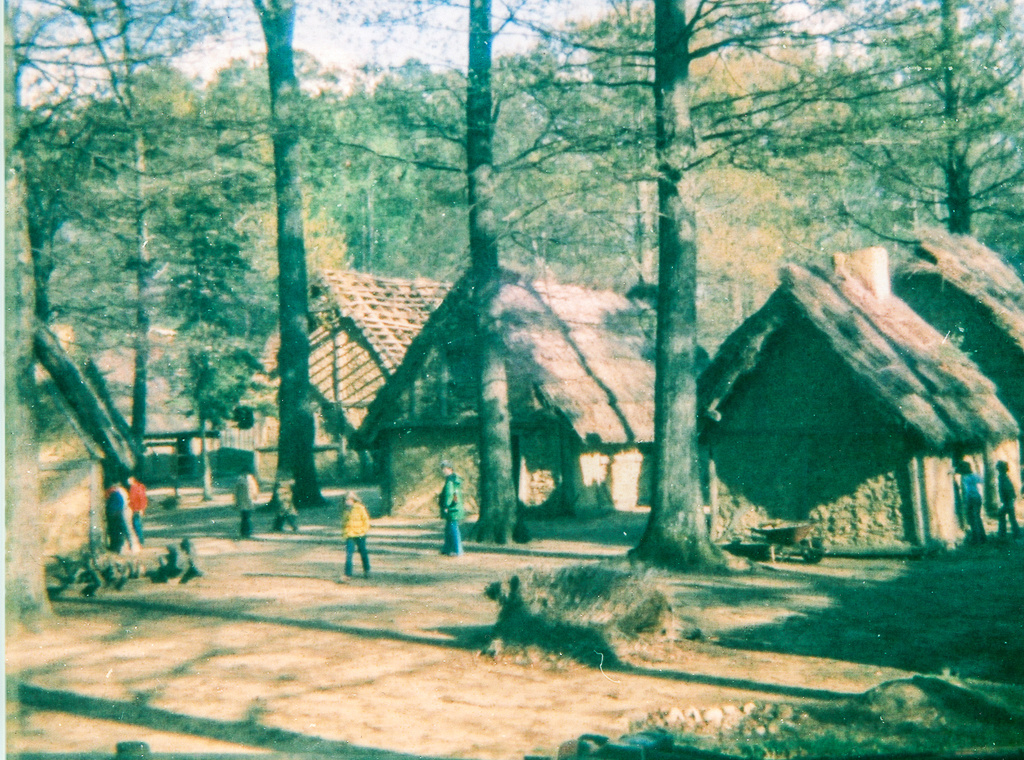 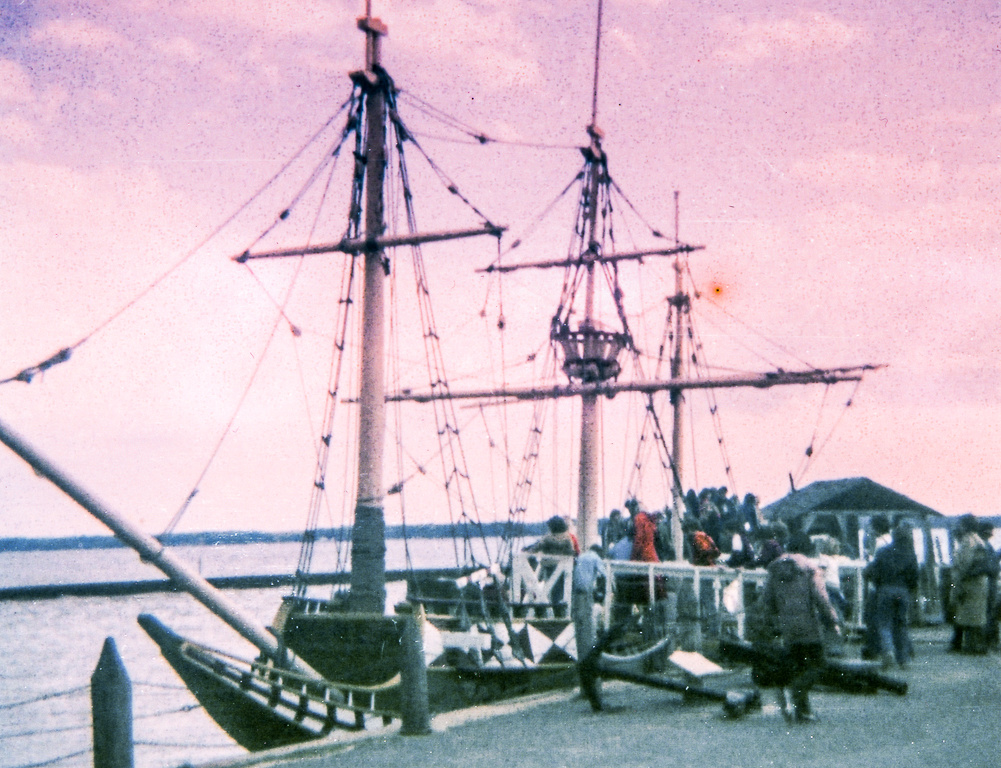 And finally, someone I recognized! This is my brother, Chris, as he was preparing to go to scout camp circa 1984.  These were the best preserved photos for color and detail, although there were only about four or five in such good condition. 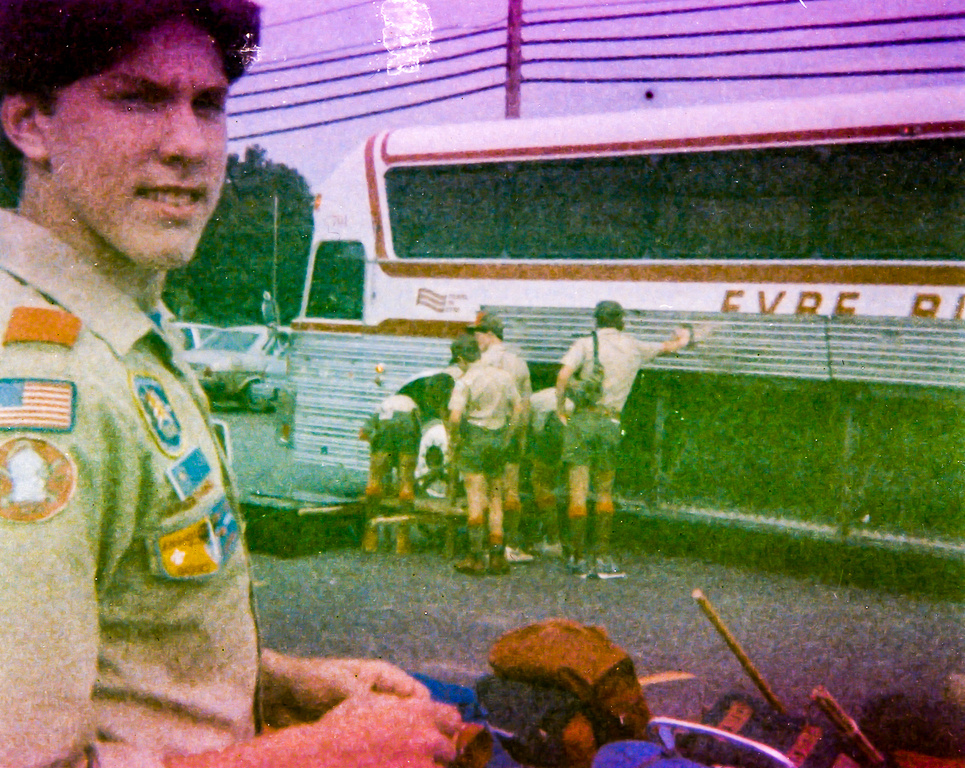 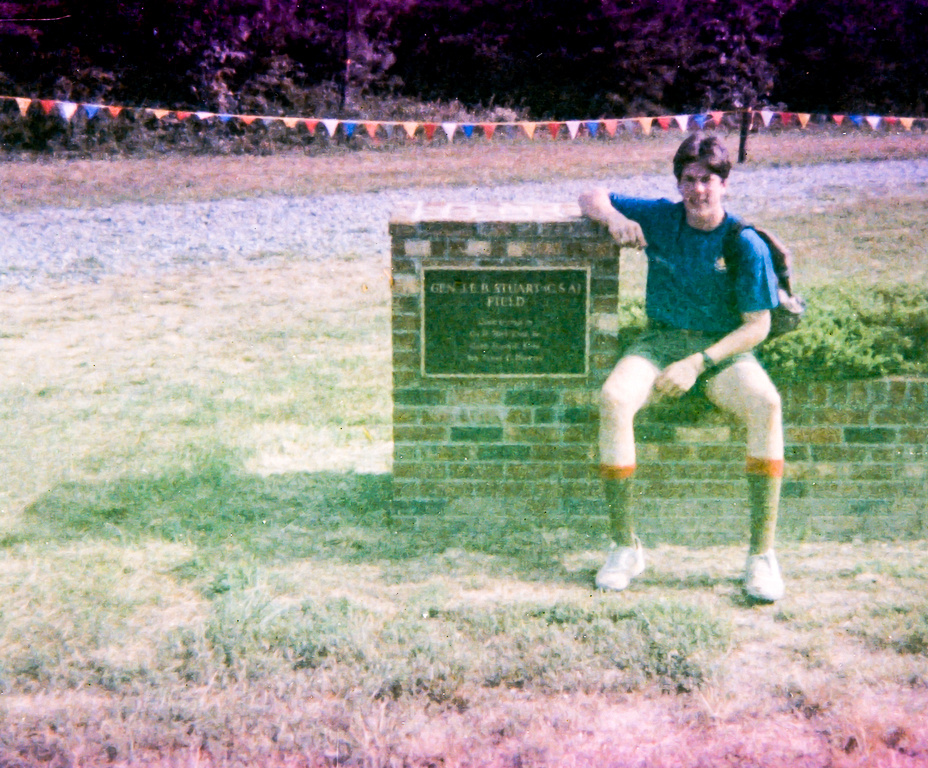 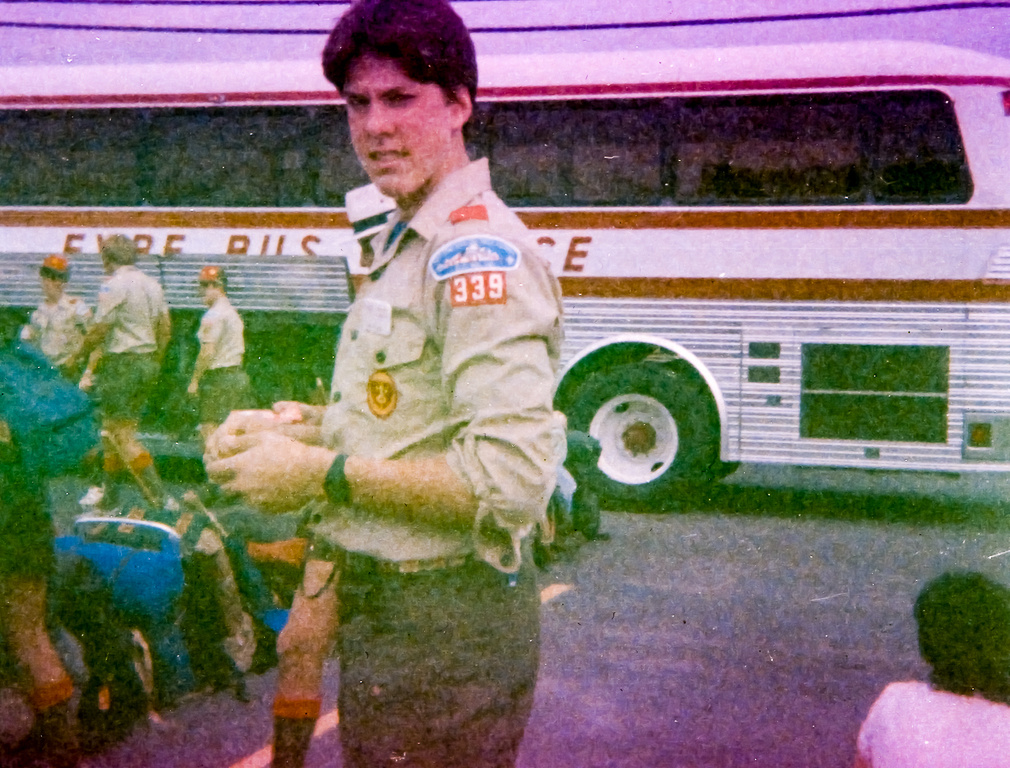 Chris always suited a uniform well- here he is today: 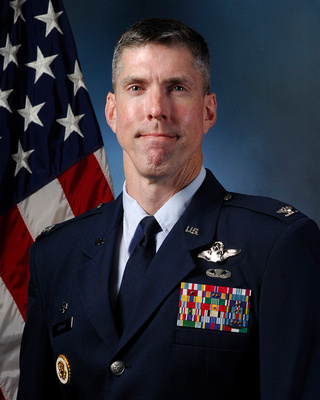 These photos were taken by us when we were kids.  I had no expectation of quality photographs, I just wanted to see what was on these rolls that I had kept around for a very long time.  I am very glad that something turned up!  This has been a great adventure both to see the old photos and a nice trip down memory lane.

The restoration process is a blend of art and technology.  I enjoy bringing out the details and giving life to old photos.  If you would like to have some old photos of yours restored, contact me- [email protected]